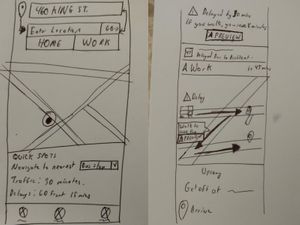 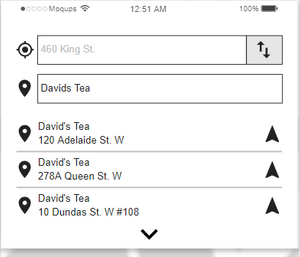 During my 5 weeks at Brainstation, our class was given the assignment to create a transit app. It was left up to us to find a transit problem, and solve it with the skills and digital tools learned in class. For this project we used the human centered design approach which included identifying problems in current user experiences by user interviews and testing our solutions by having users navigate rough sketches (using the Marvel app) and low fidelity wireframes (using Moqups).

The first step in the process was finding out what the problem was in the first place! I interviewed 4 people, with this set of questions:

I then found some common issues that my interviewees shared:

Surprisingly, none of my interviewees didn't mind walking 20 minutes if they didn't need to take another streetcar or bus.

Using the information I gathered, I created two personas to embody the two user flows I was working towards. 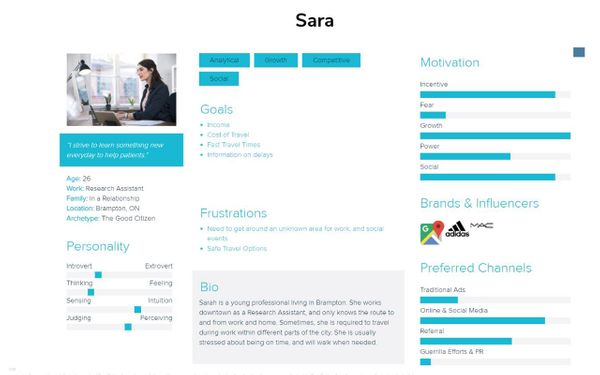 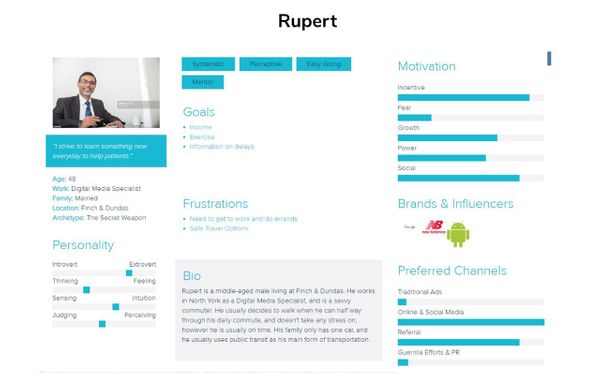 I created an information architecture that a conventional navigational app would, but I kept it laser focused on one thing: making commute routes changeable at all times. 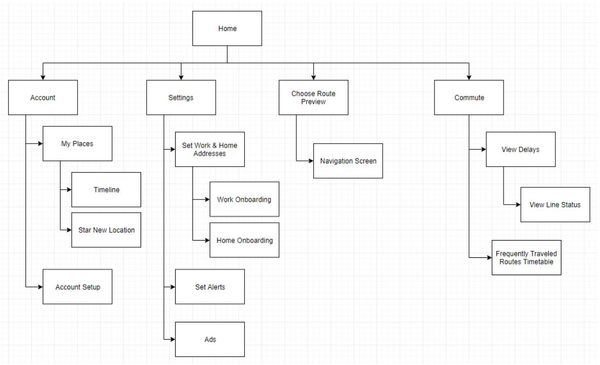 Waze and Google Maps were the main user interface inspiration. All of the users I interviewed were very familiar with them, and I wanted to use conventional, industry standard guidelines. Every second counts when trying to get somewhere, so recognition is key.

Original First User Flow & Sketch - Use bussing to get to work

I had run into a problem during the sketch mock-up testing of one of my initial user flows, and I had to rethink the purpose of this app. My initial hypothesis was that users would want to pick a way to go instead of picking where to go. This proved to be very confusing to my test users, as they weren't accustomed to not seeing a map and choosing a place. It also didn't really serve a purpose, as person really only chooses how they want to get there after seeing where it was. 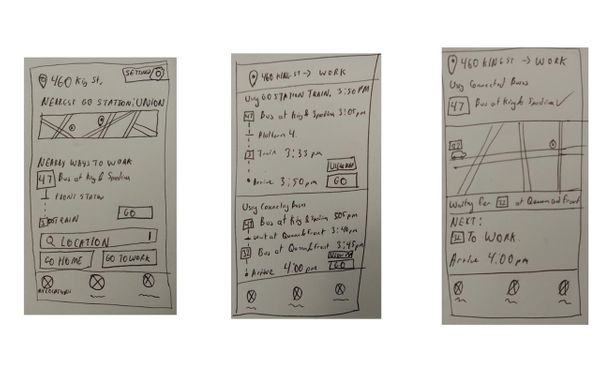 Some other interesting observations were that the "Go" button was confused with the Go Transit and users instinctively looked at the top of the screen to enter information. 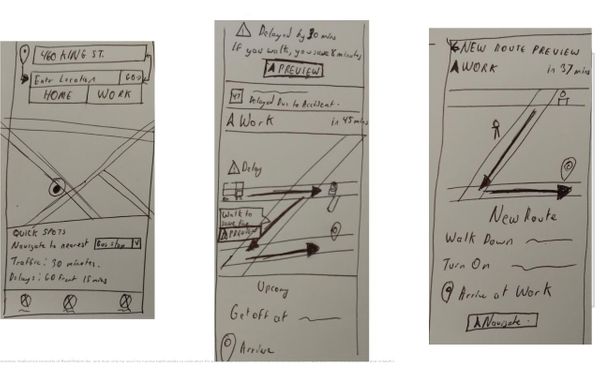 This new first flow is about a user is trying to find their way to work, and a delay comes up. They are be prompted to reroute and they follow the route. The revamped sketch included a full screen map, with a textbox at the top to type in the location. 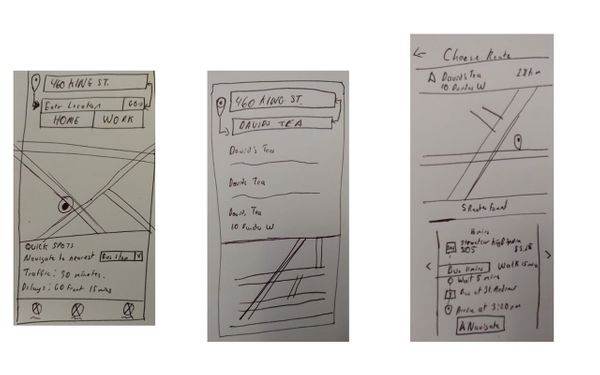 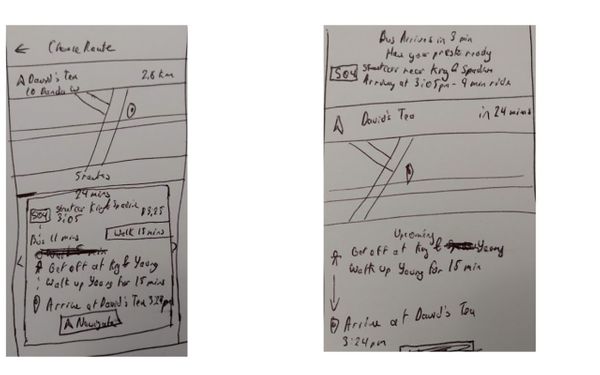 The second one is a user who wants to walk halfway instead of using public transit all the way. It's a spiritual successor to the original first sketch, in that it helps the user plan their route better. 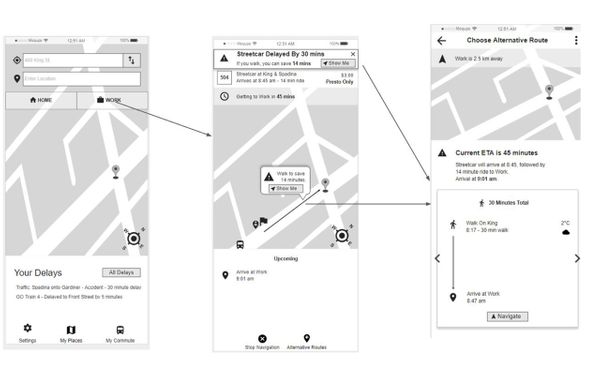 If you click on the Work button, you will follow the User Navigates to Work flow. This one demos how the app handles delays and re-routes. 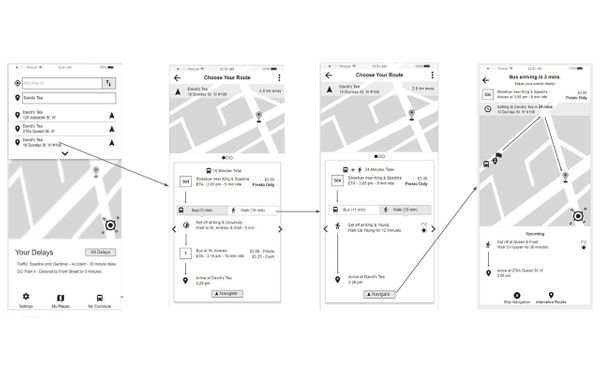 The User Navigates to David's Tea task flow can be started by clicking in the second textbox at the top, next to the location marker. This flow showcases how to modify routes.

All of the following deliverables can be found in the presentation above.

The differentiating factors of Guideo were three things:

I came away from the course with a greater understand of how to produce a better user experience. I learned how to throw away my ego when being critiqued. How to stay silent and provide not provide answers during user testing. When and how to prod for knowledge the interviewee thought was common sense.

Industry professionals Gerard Dolan and David Aboutboul taught our class invaluable life and career lessons. I hope to carry a design thinking approach to everything that I do henceforth.

Want to talk about UX? Great! Get in touch pronto.